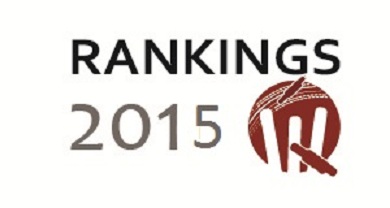 The ODI Bowler’s Ranking 2015 is out! in the Tenth edition of Vineet’s Cricket Rankings (Check out the ODI Bowler Rankings 2014 here)! There were a decent number of new bowlers coming in but the year belonged to the veterans.

And there are lots of surprises here, Bangladesh, India, and Sri Lanka did quite well to claim 3 spots in top 30. However, South Africa and Australia with 4 in Top 30 stood heads over shoulders above others. However, Bangaldesh with 3 bowlers in Top 15 stands out as the best bowling attack.

All of the Top 5 crashed out.

Where are the Indians? Well we have the Top 3 as Ashwin at No 5! Shami at 14 and Harbhajan at 17. Indian bowlers did reasonably well in 2014. Well here are the stats, and you can even share these with the BCCI (assuming they don’t look at stats very often): (Amit Mishra had also topped the list in 2011 but was not played in 2012 and was back at the top in 2013! and still is there at 14!)